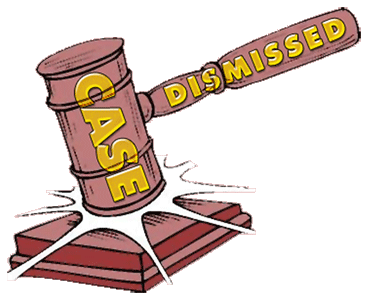 In a recent appeal the dismissal of an action by a landlord against a tenant for failure to pay rent was reversed when the appellate court determined that the trial court had allowed the dismissal of landlord’s complaint for failure of condition precedent although that affirmative defense had never been raised in tenant’s answer and affirmative defenses.   The court referenced Florida Rule of Civil Procedure 1.120(c) in issuing its opinion stating, “[t]he defense of nonperformance of a condition precedent must be pled specifically and with particularity or it is deemed waived.”  The dismissal was overturned and the case remanded to the trail court for proceedings consistent with the order of the appellate court.  See opinion below.

(PER CURIAM.) 5230 Hollywood 77, LLC (“Landlord”) appeals an order on Nicole Gonzalez’s (“Tenant”) motion to dismiss. The order dismissed the Landlord’s complaint without prejudice and without leave to amend. For the reasons explained below, this Court concludes that the county court erred and reverses the order on Tenant’s motion to dismiss.

The underlying matter arose out of a written apartment lease agreement (the “lease”) between Landlord and Tenant. Tenant allegedly failed to pay rent as required by the lease. As a result, Landlord served a statutory three-day notice for payment of rent or possession of the property.

Upon Tenant’s failure to pay rent or vacate the property, Landlord sued Tenant in county court. Landlord filed a one-count complaint seeking possession of the property and an award of costs. Tenant filed a responsive pleading, entitled answer/motion to dismiss and affirmative defenses and motion to release court registry funds to defendant.1 In the responsive pleading, Tenant denied the allegations in the complaint and listed the following as grounds for her motion to dismiss as well as affirmative defenses: (1) breach of statutory duty, (2) defective notice: includes amounts other than rent and (3) defective notice: demands an indefinite sum.

“Compliance with the . . . notice requirement is merely a condition precedent to an eviction action” and a Landlord’s failure to satisfy this condition precedent does not create a jurisdictional defect. Bell v. Kornblatt, 705 So. 2d 113, 114 (Fla. 4th DCA 1998) [23 Fla. L. Weekly D264a]. Here, the lease required that Landlord provide a seven-day notice when alleging nonpayment of rent. Under Bell, the provision of the seven-day notice is a condition precedent to bringing an eviction action, and Landlord’s failure to do so did not create a jurisdictional defect. See Id.

Florida Rule of Civil Procedure 1.140(h)(2) does not apply.3 For the defense of failure to state a cause of action to apply, Landlord would have had to totally fail to allege that conditions precedents were met. See Se. Land Developers, Inc. v. All Fla. Site & Utilities, Inc., 28 So. 3d 166, 168 (Fla. 1st DCA 2010) [35 Fla. L. Weekly D379c] (“Failure to allege that conditions precedent are met renders a complaint fatally defective in that it fails to state a cause of action.”); Motor v. Citrus Cnty. School Bd., 856 So. 2d 1054, 1055 (Fla. 5th DCA 2003) [28 Fla. L. Weekly D2292a] (citing Menendez v. N. Broward Hosp. Dist., 537 So. 2d 89 (Fla. 1988) (explaining that when notice is an essential element of the cause of action, a complaint that does not allege notice fails to state a cause of action and the right to raise such defense is controlled by Florida Rule of Civil Procedure 1.140(h)(2))). Here, however, Landlord did generally aver that all conditions precedent had been performed. In addition, the record does not show that Tenant raised an ore tenus motion for judgment on the pleadings or that the county court engaged in a trial on the merits.4 Thus, the exceptions to the waiver of affirmative defenses not alleged in the responsive pleading are not applicable here. See Mangum v. Susser, 764 So. 2d 653 (Fla. 4th DCA 2000) [25 Fla. L. Weekly D1216a] (finding that appellant correctly argued that, subject to certain exceptions that were not applicable to the case, affirmative defenses not alleged in the answer are deemed waived).

Therefore, the trial court erred in entering the order dismissing the complaint. See, e.g., Rivera v. Hammer Head Constr. & Dev. Corp., 14 So. 3d 1190, 1191 (Fla. 5th DCA 2009) [34 Fla. L. Weekly D1254a] (affirming trial court’s denial of a motion for involuntary dismissal after finding that a party who waited until trial to present the defense of nonperformance of condition precedent waived such defense); Mangum, 764 So. 2d at 653 (reversing summary final judgment after agreeing with appellant-landlord, who argued that nonperformance of a condition precedent (i.e., proper notice to vacate) must be pled specifically and with particularity or it will be deemed waived). Since the provision of the seven-day notice is a condition precedent, Tenant’s failure to plead Landlord’s failure to provide the seven-day notice specifically and with particularity constituted a waiver. Because Landlord’s failure did not create a jurisdictional defect, Landlord’s omission did not mandate dismissal of its action. Dismissal of the Landlord’s complaint was not harmless error. R.J. Reynolds Tobacco Co. v. Hiott, 129 So. 3d 473, 478 (Fla. 1st DCA 2014) [39 Fla. L. Weekly D80c] (evaluating harmless error by determining whether a different result may have been reached.) Given the findings discussed above, this Court need not reach Landlord’s arguments related to amendment of the complaint. Accordingly, it is

ORDERED AND ADJUDGED that the order on defendant’s motion to dismiss is hereby REVERSED, and this cause is REMANDED for proceedings consistent with this Opinion. Landlord’s Motion for Appellant Attorney’s Fees is hereby GRANTED and REMANDED to the county court for a determination as to the amount to be awarded. Tenant’s Motion for Appellate Attorney’s Fees is hereby DENIED. (GARCIA-WOOD, RODRIGUEZ and PERLMAN, JJ. concur.)

1Tenant deposited the disputed rent as well as all rent accrued during the pendency of the county court proceedings into the court registry.

2Florida Rule of Civil Procedure 1.120(c), which requires parties to plead the failure to satisfy a condition precedent specifically and with particularity, provides as follows:

3Florida Rule of Civil Procedure 1.140(h)(2) deals with exceptions to the waiver of affirmative defenses and provides as follows:

The defenses of failure to state a cause of action or a legal defense or to join an indispensable party may be raised by motion for judgment on the pleadings or at the trial on the merits in addition to being raised either in a motion under subdivision (b) or in the answer or reply.

4Hearing transcripts of the underlying proceedings do not exist. However, in lieu of a transcript of the final hearing, Landlord has supplemented the record with a statement of proceedings that the county court has approved.

A Polk County Circuit Court recently held that where an attorneys’ fee entitlement provision in a la[...]

Late Fees Can Make a Florida Eviction Three Day Defective Note to landlords: you can never be too c[...]

Dismissed Florida Eviction's Costs & Fees Must be Paid Prior to Filing a New Eviction Action. A[...]

Failure to Pay Rent into Court Registry in a Florida Eviction is an Absolute Waiver of Defenses Othe[...]

Improper Summons & Due Process in Florida Eviction On appeal of a landlord/tenant eviction matt[...]